Find this article at:
go.ncsu.edu/readext?747381
— Written By Camaryn Byrum

Tornado In A Bottle

What is a tornado? Have you ever practiced a tornado drill in school? Why do you think we have these drills? Tornadoes are a part of our weather system and can be very dangerous. When there is a huge thunderstorm called a super cell, tornadoes are likely. When cold, dry air and warm, wet air meet, the cold air is less dense (heavy), so it will be pushed under the warm air. The warm air is then shoved upwards super-fast. The warm air then starts to roll and spin over the cold air in a circular motion. The spin is increased in speed and strength and at some point, picks up from the ground slightly. The spinning air is called a vortex. The vortex uses the energy created to travel. When the tornado loses energy, it weakens and eventually stops. Ask your caregivers to view this video with you to learn more about the science behind how tornadoes are made.

The Experiment: Create a tornado with your own hands and watch the vortex form. As this vortex is formed in your bottle, think about how this may be similar to a tornado in real life.

Dinner Talk: What happens to the glitter in the water? What energy creates the vortex in the water? How is that energy made? How was this experiment representative of a real tornado? Did you know that another name for a tornado is a twister? Why do you think this is the nickname? 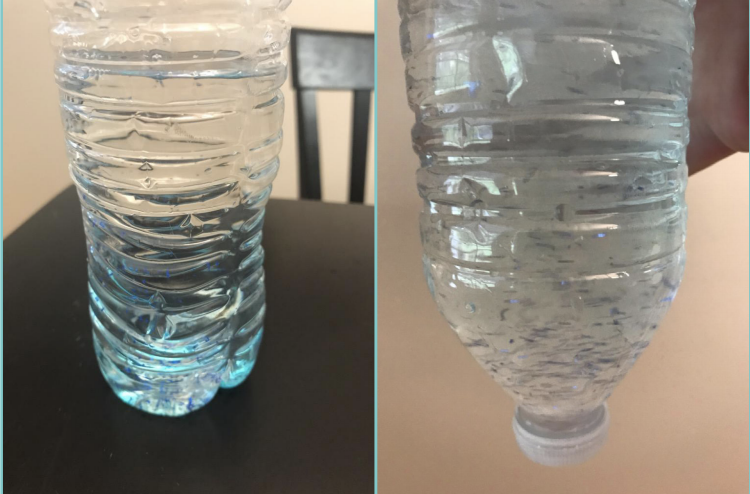 Family and Consumer Sciences at Home

One of nature’s bounty that can make a great fulfilling snacks are nuts and seeds. If you can get pecans, peanuts, sunflower seeds, pumpkins seeds, almonds or cashews, these will keep hunger at bay and provide a punch of nutrients including protein.

A few things to remember when purchasing nuts and seeds is to try and buy dry roasted with no added salt for a healthier choice. If you buy salted you may end up eating way too much sodium. Nut butters are also good choices for snacks and cooking. I love to add nuts and seeds to salads and make Sugar Cinnamon Pecans around the holidays. Always keep nuts and seeds on hand for a quick and convenient snack.

Change Is in the Air: The Miracle of Fall Colors

Every year at this time we revel in the beauty of the trees, knowing well that it is only a fleeting pleasure. Before long the leaves will flutter away from their summer home and become a part of the rich carpet that covers the forest floor. Many people believe Jack Frost is responsible for the color change that takes place in our trees each fall. But we now know that changes in leaf color are the result of chemical changes in the leaf that take place due to certain weather conditions.

Leaves get their green color from a pigment called chlorophyll. This pigment, which is necessary for food production, is found in numerous cells throughout the leaf. Along with the green pigment leaves also contain yellow or orange carotenoids. Most of the year these yellowish colors are masked by the greater amount of green coloring. But in the fall, partly because of changes in the period of daylight and changes in temperature the chlorophyll breaks down, the green color disappears, and the yellowish colors become visible. The red pigment, anthocyanin, appears later in the growing season as a result of a combination of factors. Anthocyanin is produced from a high concentration of simple sugars in the leaf cells and warm sunny days followed by cool nights with temperatures between freezing and 45°F. Variations in leaf colors are due to the mixing of varying amounts of the chlorophyll and other pigments in the leaf during the fall season.

The most vivid colors appear after a warm dry summer and early autumn rains that prevent early leaf fall. Long periods of wet weather in late fall produces a rather drab coloration. Some of the most startling color combinations are to be found in the leaves of red and sugar maples, sassafras, sumac, blackgum, sweetgum, scarlet oak, sourwood, and dogwood.

As the fall colors appear, other changes are taking place. At the base of the leafstalk where it is attached to the twig, a special layer of cells develops and gradually severs the tissues that support the leaf. At the same time Nature heals the break, so that after the leaf is finally blown off by the wind or has fallen from its own weight, the place where it grew on the twig is marked by a leaf scar.

Through fallen leaves, Nature has provided for a fertile forest floor. Fallen leaves contain relatively large amounts of valuable elements, particularly calcium and potassium, which were originally a part of the soil. Decomposition of the leaves enriches the top layers of the soil by returning part of the elements borrowed by the tree and at the same time provides for more water-absorbing humus.

North Carolina leads the parade for leaf lookers, and depending upon the season, the species of trees involved, and the relative proportion of the three pigments, just about every imaginable color combination may be seen. In North Carolina, fall colors begin in the upper elevations of our mountains at the end of September, beginning of October, and run through early November as they spread across the state to the coast. To see how the colors are progressing in North Carolina visit the online map. To see fall colors consider visiting a state park or other outdoor attraction. To locate a state park near you visit the North Carolina Parks site. 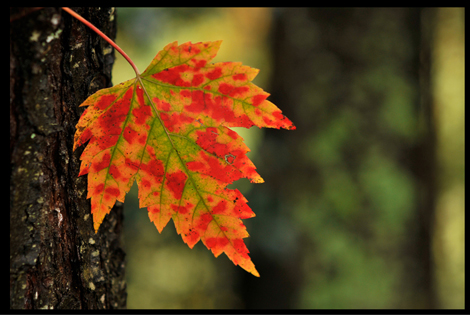 Variations in leaf colors are due to the mixing of varying amounts of the chlorophyll and other pigments in the leaf during the fall season.